The construction industry has been known as the most dangerous occupation as well as work space among all working industry since it has the highest fatality rate regarding occupation-related deaths and injuries as its work place possesses dangerous equipments and materials which are sharp, heavy, and blunt that makes any unexperienced and amateur workers without properly informed about its usage and entailed danger when mishandled to sustain significant injuries, its working surface and terrain as well, in its spectrum, follows high fatality rate caused by falling, trip, and slips.

Aside from native construction work places, highway construction work zones also reports and reflects high numbers of occurrence of accident yearly. According to recent studies from the National Institute for Occupational Safety and Health (NIOSH), the frequency of motor vehicle to crash in work zones is high and dishes out fatalities and the state of Florida ranked 2 as it has recorded more than 60 deaths and thousands of injuries annually in work-zone related crashes. 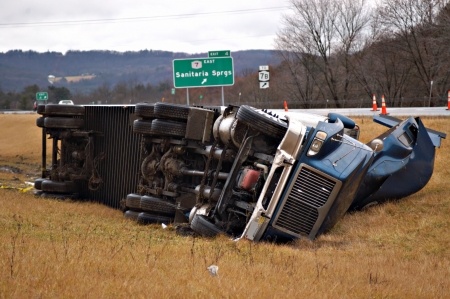 Prevalence of Highway Construction Zone Accidents in a spectrum

Here are the joint statistics from simultaneous study from Bureau of Labor Statistics (BLS), Centers for Disease Control and Prevention (CDC), and National Institute for Occupational Safety and Health (NIOSH):

If ever you or one of your family members has been involved or has experienced an road accident along a construction working zone as a victim occurred because of a driver driving negligently or though that the construction firm is partly liable for the accident occurred, you can always refer help from a professional experienced injury lawyer to smoothen things out and work together to unveil what malice and fraudulent activities was on behind the scenes.