Behavioral Issues in Children after Losing a Parent

Home » Behavioral Issues in Children after Losing a Parent

Behavioral Issues in Children after Losing a Parent

Behavioral Issues That Can Impact a Child Whose Parent Has Died 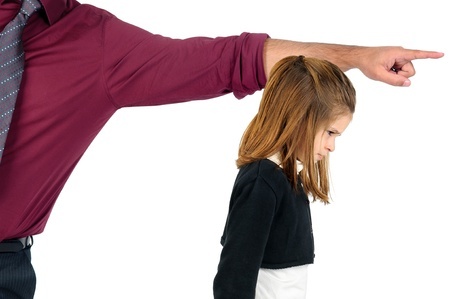 In any circumstance it is difficult for a child to cope with a parent’s death. But when it was caused by a traumatic event, it can create additional challenges. One potential issue is the child developing depression or post-traumatic stress disorder. Both of these conditions can be life altering and necessitate medication, counseling, or a combination of both.

It can be difficult distinguishing between a child acting out and demonstrating signs of a serious behavior problem associated with the parent’s death. Seeking help from a therapist or psychologist can help the surviving parent or caregiver better understand the underlying issues and how to deal with them.

Although each child grieves and behaves differently after the death of a parent, some issues are more common to specific age groups. In general, it’s important to look for any sudden changes that significantly interfere with the child’s life.

Younger children have a much more difficult time understanding the permanence of death. They may continue to ask for the parent for a period of time afterward. With the realization that the parent isn’t coming back, a variety of behavioral issues might manifest.

For some, there are signs of regression, going back to habits they had previously broken (such as thumb sucking or bedwetting). There could be changes in eating or sleeping habits, both way, more or less of either. They might be irritable or throw tantrums. Some might experience a severe case of separation anxiety from the remaining caregiver or parent.

Sometimes children in this age group try to hide their feelings or have difficulty expressing them that can be unhealthy. These feelings may come out in other ways such as through rebellion against authority or even violence in extreme cases.

Being Proactive with Teenagers

Teens are already dealing with an array of hormonal changes over which they have no control. The addition of a parent’s death can make the grieving process especially challenging.

Some common behaviors teens may exhibit after the death of parent in Cleveland that should be considered for professional care are:

When a family is seeking compensation for the expenses incurred as a result of a wrongful death, it’s important to address the cost to treat a child’s behavioral issues or psychological effects related to the parent’s death. Had it not been for the negligence of the other party, treatment may be unnecessary.

So wrongful death claims often include children’s behavioral problems like:

Talk to an attorney at Ryan, LLP in Cleveland, Ohio about the various damages recoverable in a wrongful death claim. Set up your appointment today by calling 877-864-9495 or filling out our online contact form