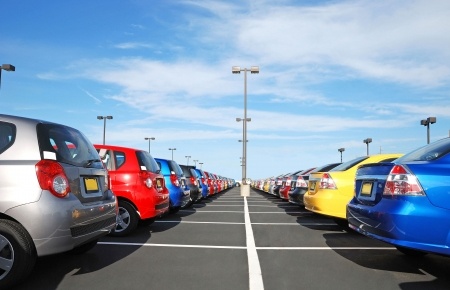 General Motors’ problems started in February, with an auto recall related to faulty ignition switches. There were at least 32 crashes and 13 deaths connected to this defect. In March it issued another recall involving faulty airbags in some SUVs. And the most recent recall stems from a defective ignition lock cylinder; the key can come out of the ignition even when the engine is on.

Documents suggest that the automaker knew about the ignition switch problem for years. A year and a half ago, GM had the opportunity to fix the issue but failed to do so. While GM will pay in the billions of dollars to make all of these fixes, it’s the families who lost a loved one who are paying the most.

The faulty ignition switch can cause the vehicle to turn off while driving. This may also cause the airbag to fail to deploy in the event of an accident. So far GM has settled two cases, representing the earliest deaths connected to the defects, reports Automotive News. Both victims lost their lives in 2004, in separate accidents involving one of the recalled vehicles, Saturn Ion. In both tragedies, the airbags didn’t deploy. In one of the cases, the family sued not only GM but two suppliers and a dealership.

Released documents paint a picture that GM knew about the defects. The Switch Lead Engineer even provided an estimate on what it would cost to fix the switches, according to media reports. And back in 2011, documents show knowledge of steering issues in Chevy Cobalts and Saturn Ions. It’s not clear if a connection exists between the steering problems and the ignition systems, reports CBSNews.

Unfortunately, some manufacturers take the chance of allowing an unsafe vehicle on the road even after learning of potentially life-threatening defects. But regardless of their reasons for doing so, they may bear responsibility for the outcome. If you were the victim of an accident and sustained serious injuries or if you are the family member of an accident victim, talk to an attorney to learn if a defect may have caused the accident.

Call Ryan, LLP in Cleveland to learn more about your legal options if your accident is related to a defective vehicle. Call us at 877-864-9495 or contact us online to set up a consultation with a lawyer.