How Negligence Laws May Prevent Recovery of Damages 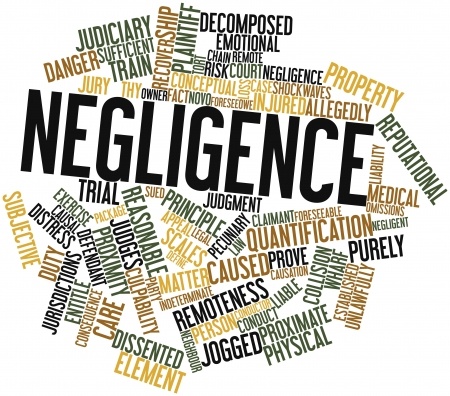 In Ohio, the comparative negligence system is used in accident cases. It requires determining the degree of fault for all persons involved in a crash. If someone is partially responsible for the accident, his or her recovery is reduced.  This is the case when a driver’s percentage of fault doesn’t reach 51 percent. Once a driver is more than half responsible for an accident, he or she cannot recover damages. It doesn’t matter if he or she was injured and has acquired medical bills, missed time from work and sustained a lot of damage to the vehicle.

For instance, a car suddenly slows down, causing the pickup truck behind to rear-end it. The driver of the car that slowed did so in order to check a text message. Despite the ban on texting while driving in Ohio, the driver of the pickup who struck the back of the car still may be mostly responsible for the car accident.

The pickup truck driver may argue the crash would have never happened had the other motorist not been distracted. But it also could be argued that the truck followed too closely and didn’t leave ample room to stop. Although both were negligent, one may be more than half at fault and ineligible to recover compensation from the other.

How Negligence Laws May Reduce Compensation

When someone’s degree of fault is less than 51 percent, he or she may recover damages from the at-fault driver. But damages are reduced by the share of negligence. So let’s say the driver of the car struck from behind is 20 percent responsible, and the other driver is 80 percent responsible for the crash. Although the driver who had been texting at the time of the accident can recover compensation, the amount is reduced.

If the car driver suffered whiplash, the medical bills for treatment could be recoverable. The claim also could seek compensation for lost earnings while recovering. And there may be costs to repair the back of the car. If the total amount of damages came to $15,000, the damages awarded would be reduced by 20 percent. Therefore, the driver of the car would recover a final settlement of $12,000.

An investigation into an accident can help determine the degree of negligence for all parties. Various pieces of information and documentation can help an insurance company determine fault, such as the accident report, witness statements and photographs.

Many accident victims can settle their cases without legal representation. However, when there is a dispute concerning negligence, or the injuries were serious, it may be in that person’s best interest to seek legal advice. Call Ryan, LLP in Cleveland at (877) 864-9495.