Major factor that keeps drivers being involved in a car accident too often is the lack of visibility. Obstruction of vision could take in any form such as night time driving which makes a driver to have limited vision even with provision of light from vehicle, bad weather condition such as occurrence of rain or snowfall, broken wiper which lessens car's ability to clean up dirt or liquid accumulated during a travel, and even obstructions such as trees and large signs could diminish a driver's vision at an extent as well.

Vision is a big thing for drivers as well as clear view of the road and other road users as limited vision has been a problem for too long for drivers and is evidently one of major cause of car accidents in U.S. as according to studies, crashes increase its chances by almost 20% when visibility is poor.

Line of sight crash is a risk stemming from low visibility due to obstructions such as trees, signs, and other objects along road, which makes driving more difficult as there is little to none to be seen. In line of sight accidents, drivers involved in the crash are not often liable but other people who contributed in the line of sight such as who is responsible for the objects along road. 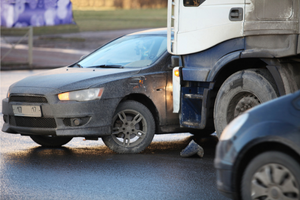 There are numerous possibilities of objects
that can obstruct driver's vision, some of them are:

Usually, line of sight car accidents occur when a driver isn't cautious or mindful enough about incoming risks given that he is presented an obstructed vision. When doing so, he is not only putting himself in peril but also his/her occupants in danger to either cliff, another approaching vehicles, or objects along road which could result in sustenance of heavy injuries or even death.