The Time Limit on Filing a Car Accident Claim in Ohio 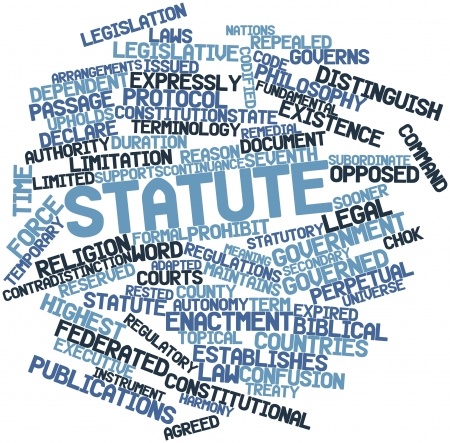 Ohio’s statute of limitation for a personal injury claim after a car accident is two years, as detailed in Ohio Revised Code 2305.10.  The clock starts ticking from the date of the accident. Any time after the accident and before the date of the two-year mark, a victim can file a personal injury claim with the courts. After that date, the victim will lose his or her right to file and be ineligible to pursue a claim.

Exceptions to the Rule

There are certain exceptions to the rule. First, the statute of limitations for a minor is extended. Minors have two years beginning from their eighteenth birthdays, not from the dates of injury. For instance, a sixteen-year-old injured in a car accident has until two years after her eighteenth birthday (a total of about four years) to bring a claim.

There are some late-appearing car accident injuries that might take some time to manifest.  You might think you’re okay initially, but then symptoms could start to appear days or weeks later. Not all injuries manifest straightaway.

For instance, some of the injuries that might have delayed symptoms include:

That's why it's important to seek immediate medical attention after a car accident in Cleveland, Ohio. If a victim fails to seek a medical evaluation, the issue of whether a late-discovered injury should have reasonably been discovered earlier (had the victim sought medical attention) could affect recovery if more than two years have passed.

Consult an auto accident lawyer if the statute of limitations for car accidents has passed, is approaching or to get started as soon as possible on your car accident lawsuit or claim. Your lawyer will look over the case, move swiftly to get matters handled within the acceptable time limits, and protect your legal rights in the process.

The Dangers of Procrastination

Even though the statute of limitations for car accidents is two years, it’s extremely ill-advised to procrastinate. Once the clock runs out, your hands are tied.  Call the attorneys at Ryan, LLP today to go over the basics of your case. If you’re eligible to file a car accident claim or lawsuit, we will immediately begin working on collecting evidence and preparing the necessary documents. Contact our office today at 877-864-9495 to schedule a free case evaluation.