Ohio's state Route 128 has reopened to traffic following a crash that closed the road between Cleves and Interstate 275 for more than four hours. A large truck was involved in this incident, which caused authorities to close down the roadway at around 2:00 PM Tuesday afternoon. The highway is now open again as of 6:00 PM same day evening due to efforts from our maintenance crews who work tirelessly on keeping Ohio's roads safe.

Police and Medical officials say that multiple injuries were reported on the scene of what is believed to be a car accident. Air Care was called and one person has been transported to University Medical Center for treatment. The crash happened around 2:00 PM, but it's still unclear how many people are injured or if this incident will slow down traffic in the area tonight.

The history of trucks' integrity adn safety along roads are unpleasant since then as they have the highest accident tendencies and has the most damaged dealt among pedestrians and surrounding properties. Contributions of trucks' weight and speed, is its cargoes' contents that does the most collateral damage in the retrospec. In cases, cargoes affects the condition of road, causes harm to surround road users and individuals depending on the content and as well as to its driver, it would be fortunate enough that most collisions occurred with trucks didn't cause to outbalance both vehicles. 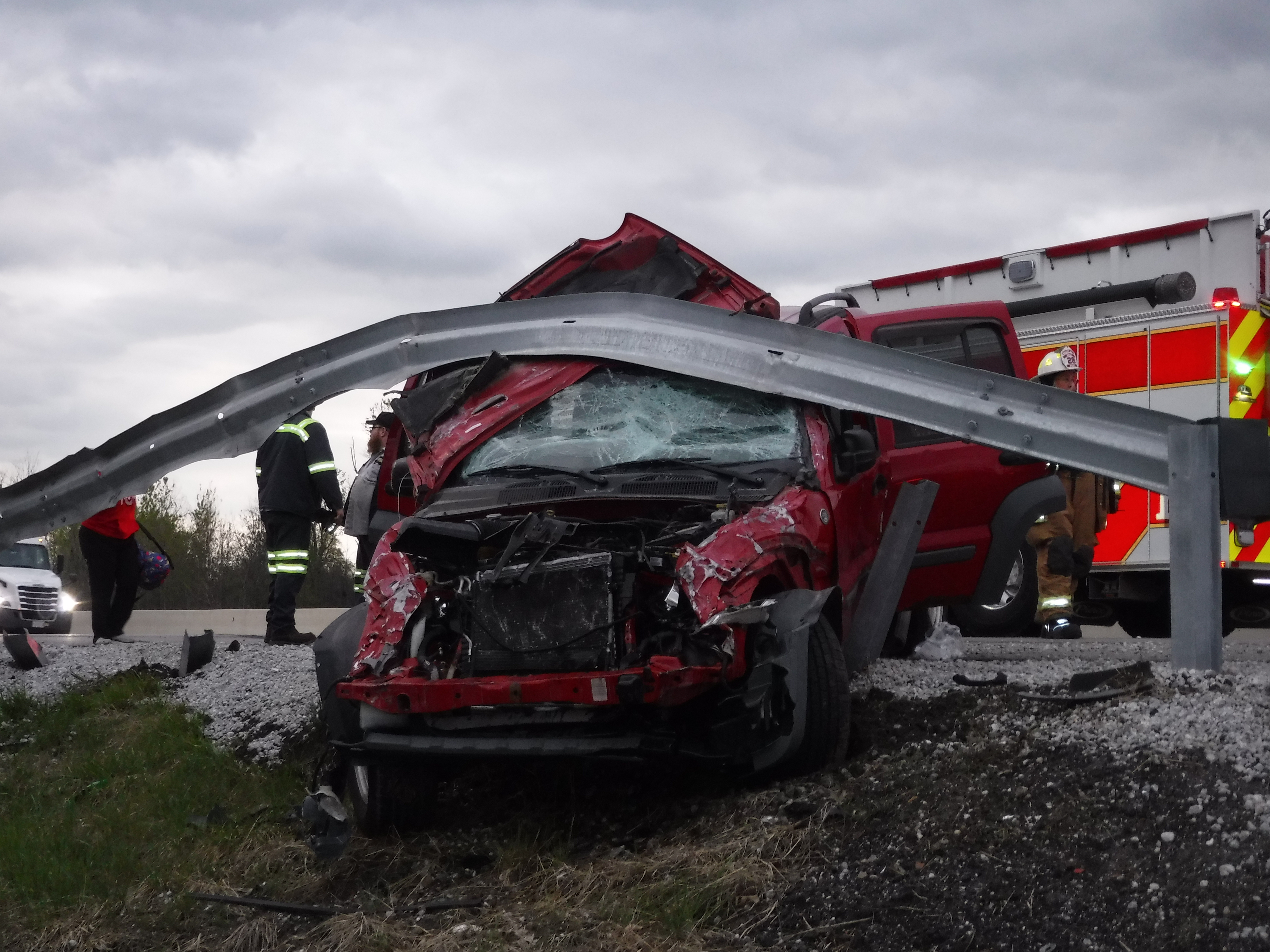 Even though newer and faster means of transport are being invented by the day, trucking is still one of the most suitable ways to get goods across America. With about 70% all products reaching their destination via a type’s trucks making them so popular among big companies like FedEx or UPS that rely on these services for business purposes every single day and these statistics express their tendencies in accordance to an article by PolicyAdvice:

Contrary to popular belief that drug abuse and drunk driving are top causes of truck collisions but, truck's mechanical defects such as blown out tires and brake issues are among the top causes of these crashes. And in addition, The Large Truck Crash Causation Study conducted by FMCSA discovered that new tour routes and fatigue were two of most common causes for a crash, other causes are:

How often are these collisions and when?

The people behind the wheel of a truck are more likely than not to be involved in an accident with another vehicle. The two most common types of accidents involve major roads and travelling between noon-3PM on weekdays especially on Tuesdays, while there is also a smaller chance that damage will occur on interstates or freeways.

A truck collision can be a scary experience, especially when you don't have the money to get your car fixed or pay for all of those medical bills. Thankfully there are lawyers who specialize in helping victims recover from their injuries and recoup everything they lost due to the crash.

When it comes time that we're found out as being a victim of an accident caused by someone else's negligence, accidents like these can leave us financially strapped with not enough funds available quite often because our financial resources were diverted elsewhere during this difficult period and given that this is unexpected, such as paying off debts.

A trucking accident can be a devastating experience not only for the driver, but also passengers and other drivers of vehicles involved. At Ryan LLP we understand that your injuries may have left you struggling with medical bills as well as lost time from work while recovering in the hospital or at home. For this reason our Cleveland truck injury attorney will talk over compensation options if it seems like you are entitled to them after an incident involving another vehicle on the road.

Truck accidents can result in serious injuries for everyone who was hit by one – even those driving nearby cars! Our Ohio attorneys here at Ryan LLP know how hard life is when dealing with severe physical pain--we want to make sure victims get what they deserve; which means talking about their eligibility under their claim and with right diligence, we can gather information to make it happen.