Result of Cancer Misdiagnosis or Failure to Diagnose

Home » Result of Cancer Misdiagnosis or Failure to Diagnose

Result of Cancer Misdiagnosis or Failure to Diagnose 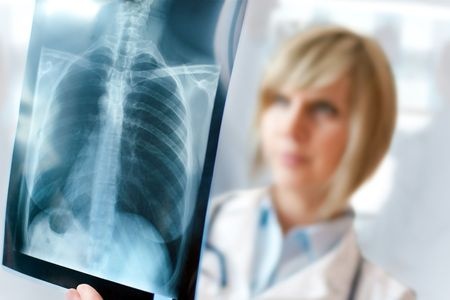 How common is cancer misdiagnosis or failure to diagnose?

In a joint study between Best Doctors and the National Coalition on Health Care (NCHC), researchers determined that 60.5 percent of doctors who participated believed that cancer was misdiagnosed between zero and 10 percent of the time, though some believe it may be higher.

When cancer misdiagnosis does occur, it may be more likely to occur in young adults and more active people. Doctors may look at younger patients as too young or too healthy to get cancer.

How does misdiagnosis occur?

Medical providers can make mistakes that result in an incorrect diagnosis or allow cancer to go undiagnosed for too long. This is partly because many conditions have similar symptoms, and sometimes only a specific test will reveal that the symptoms are due to the presence of cancer. For example, a family doctor could fail to recognize symptoms of cancer during a routine physical because the doctor may not have reason to test for cancer, particularly in a younger patient.

In some cases, doctors believe that the patient is suffering from a less serious condition. Because cancer symptoms can mimic symptoms of other ailments, a doctor may fail to test for a particular type of cancer, believing the symptoms to be those of a less serious ailment.

In other cases, misreading test results, errors made during the test or analysis, or problems with testing equipment could be to blame for a failure to diagnose cancer or misdiagnosis.

Can I seek damages for misdiagnosis of cancer?

If the misdiagnosis or failure to diagnose your cancer did not lead to any adverse effects beyond what you would have experienced had the doctor diagnosed the condition sooner, you would generally not have a valid case. But if your doctor failed to diagnose cancer until it was in a late stage -- or a family member died due to a cancer misdiagnosis -- you may be able to recover damages.

Your malpractice case also must prove that a doctor was negligent in failing to diagnose your cancer. If the doctor ordered all the right tests, read the results correctly and did everything else correctly, then the doctor is likely not liable for any resulting harm. But if the doctor did not follow a reasonable standard of care expected of other physicians given the same circumstances, then the doctor would be liable. This might include failing to examine a cyst that’s grown larger, failing to order routine tests and more.