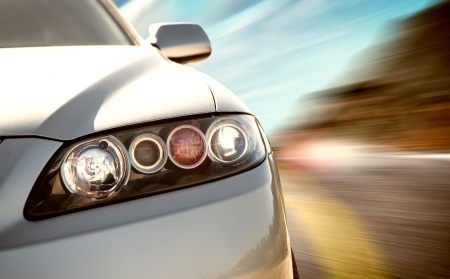 The Insurance Institute for Highway Safety (IIHS) selects vehicles for its Top Safety Pick lists based on specific criteria. For instance, 22 earned the Top Safety Pick Plus distinction for 2014. The vehicles offer "a high level of protection in crashes and the availability of front crash prevention technology to avoid many collisions in the first place."

The following are a list of the vehicles that made the more stringent list, Top Safety Pick Plus:

There were an additional 17 vehicles that made the Top Safety Pick list for 2014, based only on crashworthiness criteria. Although these vehicles don’t make the plus list, they are still considered to be some of the safest.

The following are a list of vehicles that made the Top Safety Pick:

Although there are many different types of vehicles to choose from when it comes to optimal safety, there are many others that don’t make the mark. Do your research if you're considering buying a new car. Look at all of its features as well as its safety ratings.  Also, even the safest cars and their passengers get damaged in car accidents.  If you are in an accident, be sure to see a doctor and lawyer to ensure you are placed back to the same position you were in prior to the accident.

The National Highway Traffic Safety Administration (NHTSA) provides a valuable resource through Safercar.gov. There, consumers can obtain crash test safety ratings on vehicles built as far back as 1990.

Unfortunately, some cars aren’t safe because of defects. This could be in the vehicle itself or its parts. When this happens and it results in an accident, causing injury or death, talk with an attorney and learn if a claim can be filed against the manufacturer. Consult Ryan, LLP in Cleveland with any legal questions regarding product liability – call 877-864-9495 or contact us online.