Home » The Wrongful Death Statute of Limitations in Ohio 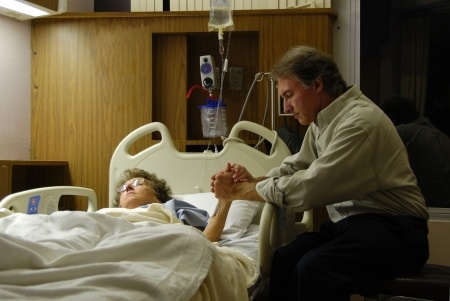 A wrongful death lawsuit allows surviving family (usually dependents of the deceased) to recover compensation when a loved one’s death was caused by someone else’s negligence. This could include fatal injuries sustained in a car crash or a medical mishap during a surgical procedure.

As noted, the statute of limitations for a wrongful death in Ohio is generally two years. There can be exceptions, though. For example, the discovery rule may allow plaintiffs to pursue a case beyond the two-year period. This may be the case if a family does not discover that another’s negligent acts caused the deceased’s death until after the two-year period. This may be an issue in some medical malpractice cases.

Despite what may appear to be a lengthy two-year time period in which to pursue compensation, it is always best to file as soon as possible. Getting started right away allows plaintiffs to collect evidence shortly after the accident and/or death and protects their right to pursue legal action.

It’s also important to keep in mind that it’s two years from the date of death. So even though an accident might have occurred on May 1, if the victim didn’t pass until July 15, the statute of limitations would start July 15.

What are Survival Claims?

In addition to wrongful death claims, the estate or heirs may also have claims that survive the death of their loved one.  These claims are known as survival claims.  They can include damages for the period of time that occurred between the negligent conduct until the date of death.  However, these claims are controlled by a different statute of limitations, depending on the associated claim.  Also, it is important to understand that survival claims damages are part of the decedent's estate, whereas the wrongful death damages are distributed according to the wrongful death statute, O.R.C. 2125.  You can review a graphical represenation of the differences between these two cases on our website, located here.

Who can file a wrongful death claim in Ohio?

A personal representative must file the wrongful death lawsuit. Although it can be a family member who is entitled to compensation from the lawsuit, it doesn’t necessarily have to be.

The wrongful death lawsuit is brought for the benefit of certain family members. In general a spouse, children and parents could be eligible to recover damages awarded in the lawsuit. These individuals are presumed to have suffered damages as a result of the death. However, there are certain cases in which these individuals may not recover – such as a parent who abandoned a minor child who has since passed away.

What are some of the damages recoverable in a wrongful death claim?

The damages will vary, depending on the beneficiaries and the losses suffered. Some examples include reasonable funeral/burial costs, earning capacity, mental anguish, loss of services, companionship and other losses experienced by a surviving spouse and/or children.

Ample evidence is necessary to establish wrongful death and another’s negligence, so it’s best to act quickly. One of the first steps to take is to consult an attorney who handles these types of cases.

Contact an attorney at Ryan LLP in Cleveland, Ohio for legal assistance filing a wrongful death lawsuit within the statute of limitations. Call us at 877-864-9495 or 216-363-6028 to set up a consultation with an Ohio licensed attorney.