Will a physician liable for malpractice lose his/her license?

Home » Will a physician liable for malpractice lose his/her license?

Will a physician liable for malpractice lose his/her license? 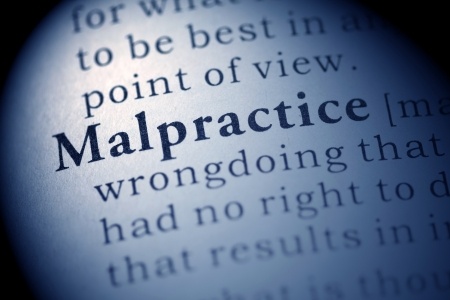 When the Ohio State Medical Board receives a confidential report from the public, law enforcement, etc., they investigate facts of the claim and then determine if the doctor has, in fact, violated the State’s regulations. Just because a doctor is liable for medical malpractice does not mean he or she will be reported to the State Medical Board.

Likewise, just because a doctor is reported to the Ohio State Medical Board doesn’t necessarily mean it was malpractice-related. For example, a doctor in Cleveland may be writing prescriptions to himself – this might lead to disciplinary action, but isn’t related to malpractice because it doesn’t involve patient care. However, if the doctor was treating patients while under the influence of those prescription drugs, and a patient was harmed during the treatment and care, then the doctor would face both disciplinary action and also would be subject to a civil lawsuit brought by the patient or patient's family

In the event that a doctor is reported to the State Medical Board, it will be up to the Board to make determinations regarding any action to take against that doctor.

The Medical Board of Ohio issued 217 disciplinary actions in 2011, including actions such as:

You can review the status of  your doctor's license at the Ohio State License Center website.

Doctors whose license is revoked or indefinitely suspended may later get the license reinstated – which is also unrelated to medical malpractice civil litigation.  The Board may reissue licences on probationary terms. It may stipulate that reinstatements are “subject to probationary terms, conditions, and limitations based on doctor having been deemed capable of practicing according to acceptable and prevailing standards of care.”

A medical expert must:

Your case may require additional evidence, such as your medical records (before and after malpractice) that demonstrate your medical condition or injuries. With the right legal team supporting you and building a well-organized and well-documented case, you may prevail in court or before a trial date via a settlement.

If you are in the midst of a malpractice claim, or would like answers to questions regarding how to best proceed with your case, contact Ryan, LLP, a Cleveland malpractice firm with over 50 years’ of combined experience. Contact our office today at 877-864-9495 to schedule a free consultation where we can discuss your case in greater detail.