Car accidents are caused by multiple external and internal factor which could result in different types of accident. Among all types of car accident, rollover accident is an extreme form of road accident and requires a lot of external and internal issues for it to occur. Specifically, a rollover car accident is an extreme type of crash in which a vehicle flips over unto its side or roof. According to researches and observations, rollovers were said to have higher fatality rate compared to other forms of vehicle collisions due to its form.

According to National Highway and Traffic Safety Association (NHTSA), the main ingedient for a rollover accident to happen is driver error which they consider plays an important role in determining one. Though, aside from that, there are also overseen specific driver errors that were result from overcompensation such as: 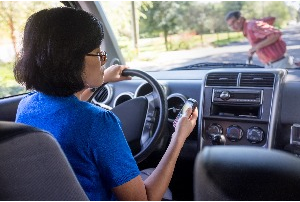 If ever one of your family members or closests friend has been involved in a rollover accident who have sustained either minor or significant injuries and even a possible case of amputation because of a driver has shown apparent negligence and recklessness and caused an accident and render the victim to have life-threatening injuries and condition, you can always refer help from a professional experienced injury lawyer to smoothen things out as your hired lawyers can help you decide from their factual and legal advices and can help you sort things out legally rather than settling over cash offer without damage calculation and future's regards.